Nahda Foundation, Kino Pod Baranami, Kino Światowid and The Asia and Pacific Museum present Poland’s third edition of Emirati Film Review, which will take place on 5-7 April 2019. The event is organised under the honorary patronage of the Embassy of the United Arab Emirates in Poland and in collaboration with Image Nation Abu Dhabi, Arab Film Studio and Emirati filmmakers. The United Arab Emirates are associated mainly with oil, rapid increase of investments in recent years skyscrapers of Dubai and Abu Dhabi or amazing man-made islands. It should be remembered, though, that this relatively small country of the Arabian Gulf – with less than 10 million citizens – is also an important center of Arab culture and young, emerging cinema. Its birth dates to the beginning of the 21st century and it is supported by the Dubai International Film Festival, organised since 2004, and the Abu Dhabi Film Festival initiated three years later. Emirati Film Review is a unique project which enables the Polish audience to learn about the developing cinema art in the UAE. It is also an opportunity to meet and talk to people directly involved in the process of creating movies in UAE. We hope this year’s edition will be as interesting as last year and will satisfy the most demanding audiences. Special guest: Amer Salmeen Al Murry, director: “Going to Heaven”, “Fan of Amoory” 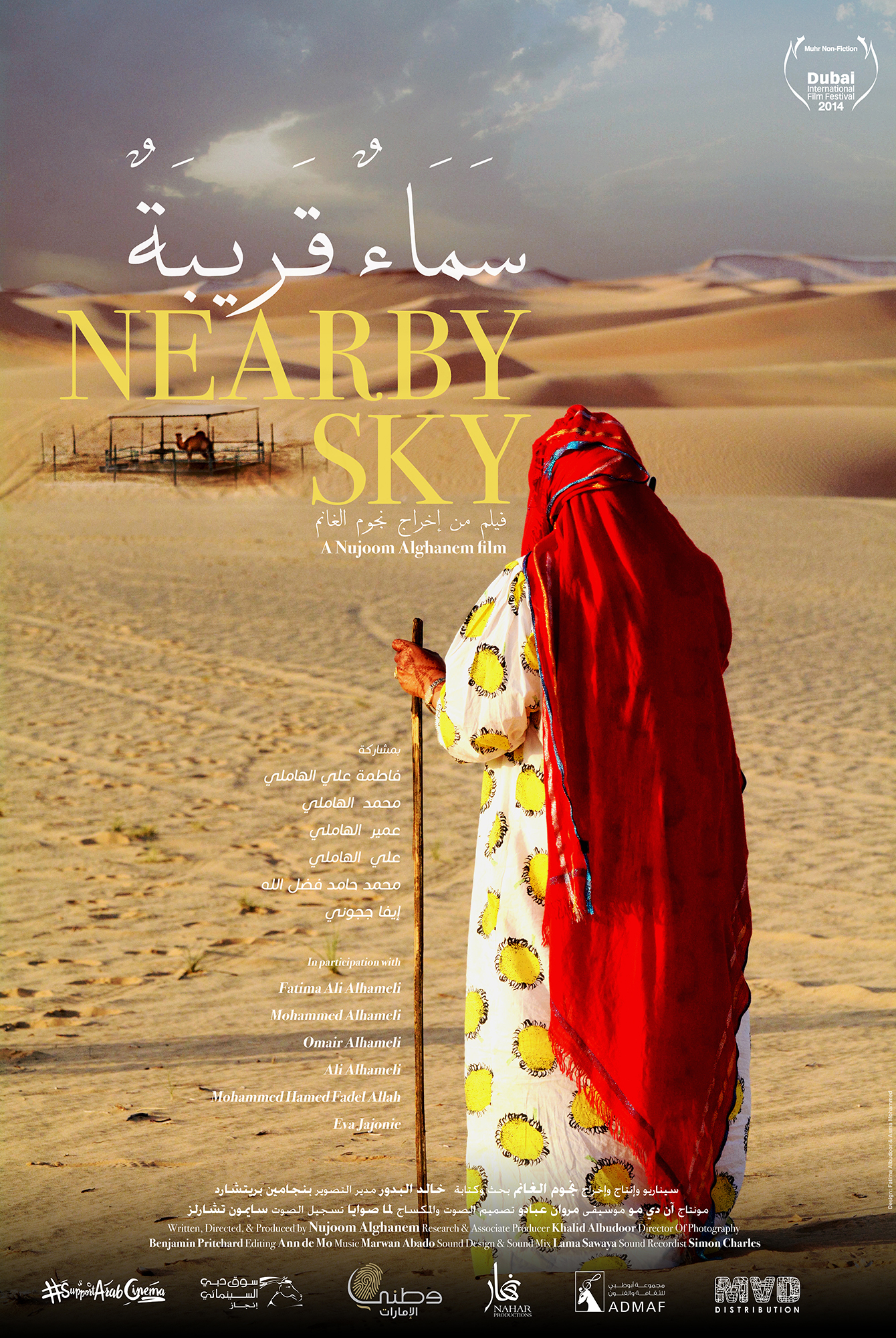 Synopsis: Fatima Ali Alhameli was the first Emirati female camel owner to enter her camel in the country’s camel beauty pageant competition and participate in Abu Dhabi’s camel auctions. Her attempts faced stiff opposition from the organisers and society. However, she persisted as she was determined to represent Emirati women in this largely male bastion and keen on proving to the world that her gender would not hold her back.

• Best Documentary Film Prize at the Gulf Film Festival organized by the Emirati Ministry of Culture and Knowledge Development (MCKD) in collaboration with the SecretariatGeneral of the Gulf Cooperation Council.

• On The Road Film Festival, Taiwan.

OTHERS ABOUT THE FILM:

“Nujoom Alghanem rightfully depicts her subject as a rare female boss with such depth and beauty that you find yourself as an audience falling for her.” (Edinburgh International Film Festival)

“Director Nujoom Alghanem does an impressive job of crafting a fine profile of a wonderfully determined and charismatic woman.” Mark Adams (Screen Daily)

“The docu’s pleasures come from the combination of a charismatic subject with poetic visuals, Alghanem demonstrates her sensitivity to the desert attractions of sand and sky, along with an artistic appreciation for the unique elements of her culture.” Jay Weissberg (Variety Magazine)

About the director: Nujoom Al Ghanem is an Emirati poet, scriptwriter and multi-award-winning film director. As a producer, she has produced five short films and six feature length documentaries. Her films won more than fifteen international awards. Al Ghanem’s documentary film, Nearby Sky, won the Best Non-Fiction Film award in the Muhr Feature competition of the Dubai International Film Festival in 2014. She also won numerous awards for her films Amal (2011), Hamama (2010), and Almureed (2008). In 1996, Al Ghanem finished her Bachelor’s degree in Video Production from Ohio University in the United States, and in 1999, she graduated from Griffith University in Australia with an MA degree in Media Production. 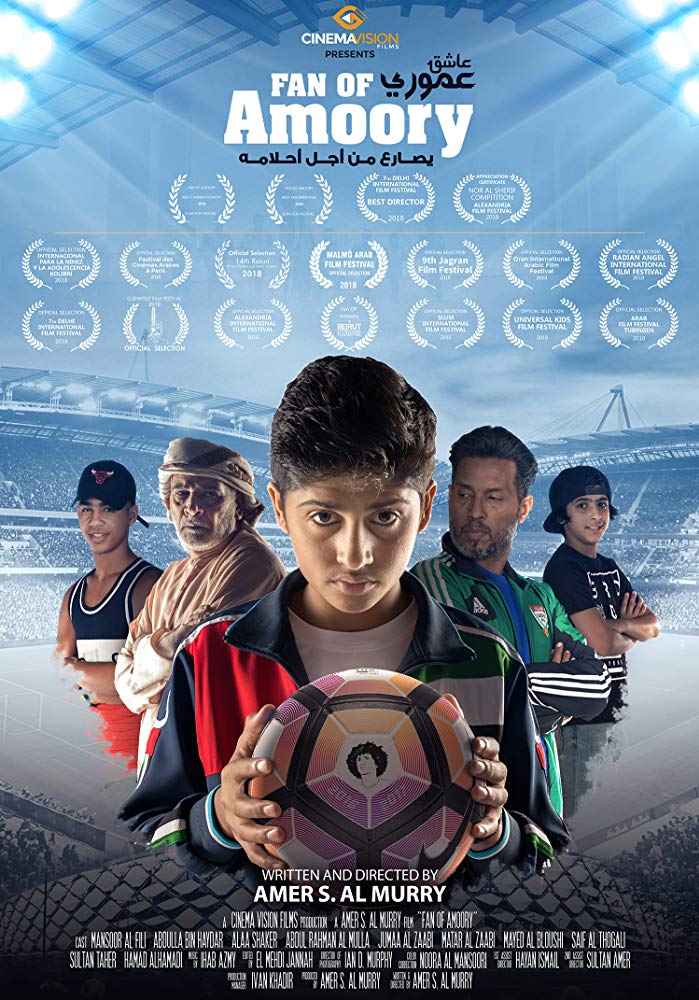 The film tells the story of a brave talented boy; his idol the famous football player “Amoory”. The film follows the young boy as he goes through challenges and difficulties to achieve his dream to become a professional player and play for the national team. The film is directed by the producer of Award winner movie “Going to Heaven” and stars international Emirati actor Mansoor Al Fili and Awards winner actor Jumaa Al Zaabi. 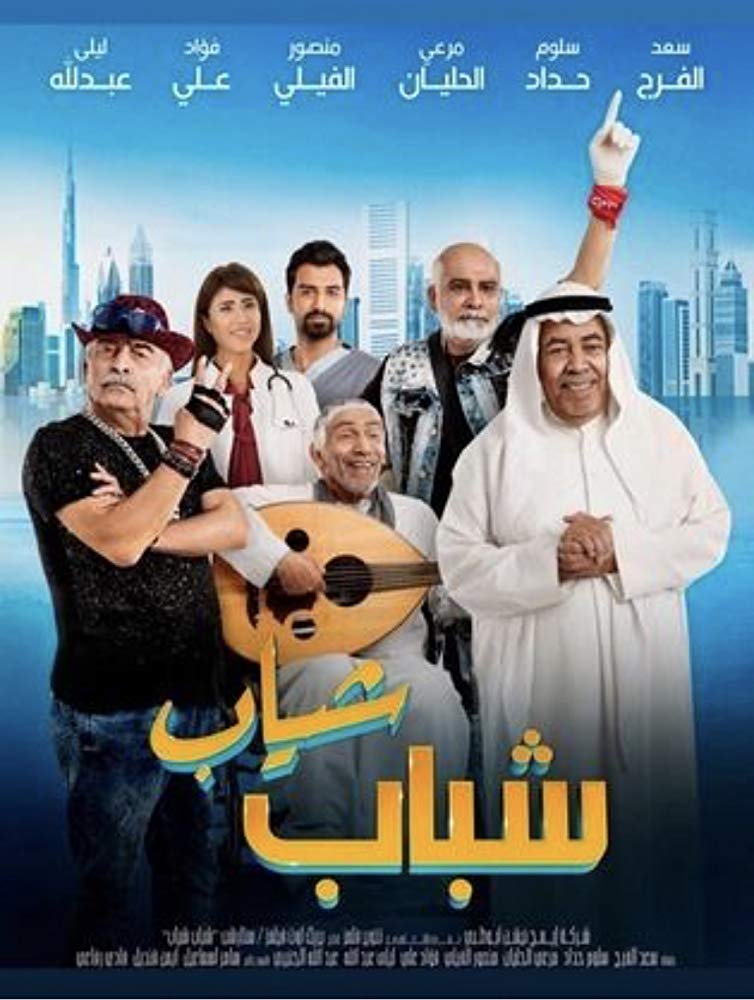 As four friends spend their senior years in an assisted living facility in Dubai, they find they’re aregradually losing their zest for life, despite some of their best efforts to make the most of each day. It’s a mostly losing battle, until one of them suddenly discovers that he has inherited a large fortune. The men plot an escape from the home with the help of an unwitting nurse, and embark on an adventure that forces them to face their fears and uncover secrets. Throughout the streets of Dubai, they follow their forgotten dreams on a journey of self-discovery, forgiveness, and fun.

Yasir Alyasiri is an Iraqi director who had an early start in his professional career through producing and directing numerous commercials and music videos for superstars such asHussain Al Jassmi, Mohammed Abdu, and Assala and he also won many awards in the Arab world. Yasir studied directing at Manhattan University and his debut drama was the TV series Ma Asaab Alkalam (2010) which garnered positive reviews from viewers and critics for its use of new film techniques that are not usually utilized on television. He went on to direct his short film Murk Light (2012), supported by the creative lab at twofour54 (a Media Zone Authority affiliated company). The film won the Black Pearl Award for Best Short Narrative at the Abu Dhabi Film Festival and participated in over 40 international festivals, including the Tribeca Film Festival in New York as the first Emirati film to take part in the festival.

The organizer of the First Emirati Film Review in Poland is Nahda Foundation.